• Generally a good person, he would gladly give a copper to a beggar or help a person who needed his assistance.
• Has a strong competitive streak (can be cocky in showing his skill), seeing someone outdo-ing him often provokes deeply felt jealousy.
• Often fails to consider the consequences of his actions, and while his plans are often detailed he is prone to impulsive decisions and deviating from them.
• Above all else he hates evil spellcasters. He blames every misfortune in his life to the corrupt magic of his parents. In spite of this would rather see an evil spellcaster powerless than dead, interested in how to sever people from their magic.
• Honestly believes in the righteousness of the crusades even though he lacks faith in many of the crusaders themselves; Hulrun and his witch hunters in particular for killing his parents rather than simply imprisoning them.
• His faith in Iomedae waxes and wanes, the church is obviously corrupt and he does not need to rely on the grace of divinity to win his war. But at the same time, he respects that she is a powerful entity and that her beliefs align with his own, causing him to respect her if not outright worship her.
• Believes there is more to gain from prisoners than corpses.
• Can be reckless in pursuit of strength to end whatever magic fuels the demonic influx. Grief over the loss of Varus can add to his impulsiveness.

As a child Tannaris never knew his biological parents; he was raised, like many others in Kenabres, in a foster family. Though unlike many others of his orphaned ilk, his parents had not died valorously in the crusades. Instead they had died in the flames of the pyre, burned alive as heretics and witches who consorted with fiends.

The stigma of his parents crimes followed him through much of his youth, friendships were few and far between, with bullying and name-calling a common occurrence. ‘The Witchling’ as he was known by his tormentors, would learn quickly that people are both unkind and prejudiced, even as children. His closest friend, and one of his few, was his older “brother” Varus who was the only biological child of his foster parents. It was Varus who would often have to remind the young Tannaris that there was no point dwelling on his dark past or the cruelty of the other children, life would be what you made of it.

Varus and Tannaris only grew closer as the years drifted by. Separated in age by only a few years, the pair began training together in the art of swordplay and warfare, hoping one day to join the crusade. While Tannaris was quick to grasp the basic techniques, he could never match the strength and agility of his much idolized brother. Worse still each day the pair would pass the Librarium of the Broken Black Wing, an incredible repository devoted to demonology and the study of all things planar. Plagued by pangs of curiosity and longing, every day Tannaris would stare at the giant black wing nailed to the building as they passed by yet never step foot inside. Varus had warned him many times that going in there would only add fuel to the fire of Tannaris’s occult reputation and Tannaris reluctantly agreed. Until Varus was no longer there to stop him.

While Tannaris loved his brother more than any other, he could not escape the envy which sometimes crept into his immature heart. Varus was his superior in every way. Stronger, faster and more courageous, but most importantly, never ridiculed by the other adolescents. It was this desire to prove his worth which provoked the decision that would alter Tannaris’s life forever.

After having been thoroughly trounced in yet another duel, Tannaris was desperate to prove to his brother he was just as true a crusader as him and so set a challenge. The pair would play a game, leaving the city towards the Worldwound, the first to turn back would be a coward, while the other as courageous as any crusader before them. Desperate to prove to himself that he was the braver of the pair, he had planned to scare his brother into returning home early, but things did not go quite as planned. Barely beyond the view of the city, Tannaris slipped beyond his brother’s sight and into the brush. While he planned to creep back and scare his adopted kin, instead he found himself set upon by an unexpected disaster. A demon had penetrated the wardstones and found its way beyond the Wound.

A single scream later, Tannaris found himself shoved to the ground and Varus standing over him with weapon in hand. Truly the braver of the pair, Varus brought down blow after blow upon the beast yet it seemed a statue, uninterested in the staff bearing boy before it. In an instant the creature bisected its would be attacker, casting the flaccid corpse aside. The image of his brother torn asunder would stay with him forever, along with an equal mix of hatred and guilt. As quickly as it has disposed of the young crusader it was upon Tannaris, claws sinking into his supple flesh. He could feels its breath upon his face, and a cold, dark power radiating from its bloodshot eyes; would he meet his brother in the afterlife? But no sooner had he resigned himself to his fate than Tannaris found himself colliding with the hard earth, the beast having dropped him under a barrage of arcane fire. A woman’s voice, the crackling of energy in the air and the unearthly screeches of a dying fiend; all that could be recalled before Tannaris blacked out.

It would be weeks before he would awaken from his nightmarish coma, kept alive only by the diligence of Iomedae’s clergy and his own sheer will to live. His feverish dreams had been haunted by visions of his brother’s lifeless body, feasted upon by the fearsome fiend and in the days of slumber he had relived that moment a thousand times. Perhaps because of this, the newly risen Tannaris shed no tears upon jerking to consciousness late one night. He was instead filled with a steely determination, and an overwhelming hatred for each and every demon. His guilt over what had happened still lingered, but he spoke of it to no-one. If any were to ask, it was his brother who had goaded him into venturing into the wilds…

While Tannaris has always kept Varus’s staff close, he had seen firsthand how useless cold steel proved against the supernaturally hard flesh of fiends. If he was to remove the threat of demons from this land he would need to turn to powers his brother had long since counselled him to avoid; he would embrace magic. For the next 8 years he would throw himself wholeheartedly into the study of the occult, becoming the witch he had always denied. He found tutelage at the side of Miammir, who had saved him from the wrath of his demonic attacker but beyond this he would spend days at a time pouring over tomes devoted to demonology within the depths of the Librarium of the Broken Black Wing.

Tannaris had always been a clever boy but the speed with which he took to magic hinted at a supernatural aptitude, with his knowledge of cosmology and the planes seemingly instinctual. He focused his studies primarily on abjuration, fascinated with how magic could be used to destroy itself and more importantly, drive outsiders from his world back to their own. In his fanaticism other elements of his study though quickly began to falter. Divination in particular held little interest to the aspiring abjurer; what good was information without the active power to act on it? Likewise, he had turned his mind from necromancy early in his journey into spellcraft but not for lack of interest. Tannaris still held a deep fear of death and his mortality. He had felt his spirit being pulled to the beyond once in his life and while he felt empowered after his return, he had no desire to return to that dark, cold place. In spite of this fear, not even eternal life was worth embracing an eternity of decay; for all his newfound ambition and desire, Tannaris retained his good heart. Better to remove the temptation though, than to forever have to resist it.

At the ripe age of 21, Tannaris is quickly becoming an expert on all things demonic and an accomplished wizard in his own right. His skill with weapons may have been stunted by his obsession with wizardry but he still practices each night with his brother’s staff, a ritual of respect for a lost love, leaving him as capable in battle as any warrior. Determined to help the city he loves, and avenge the people he has lost he seeks to join the crusade and hopefully bring his magic to bear against the very heart of the Worldwound itself. 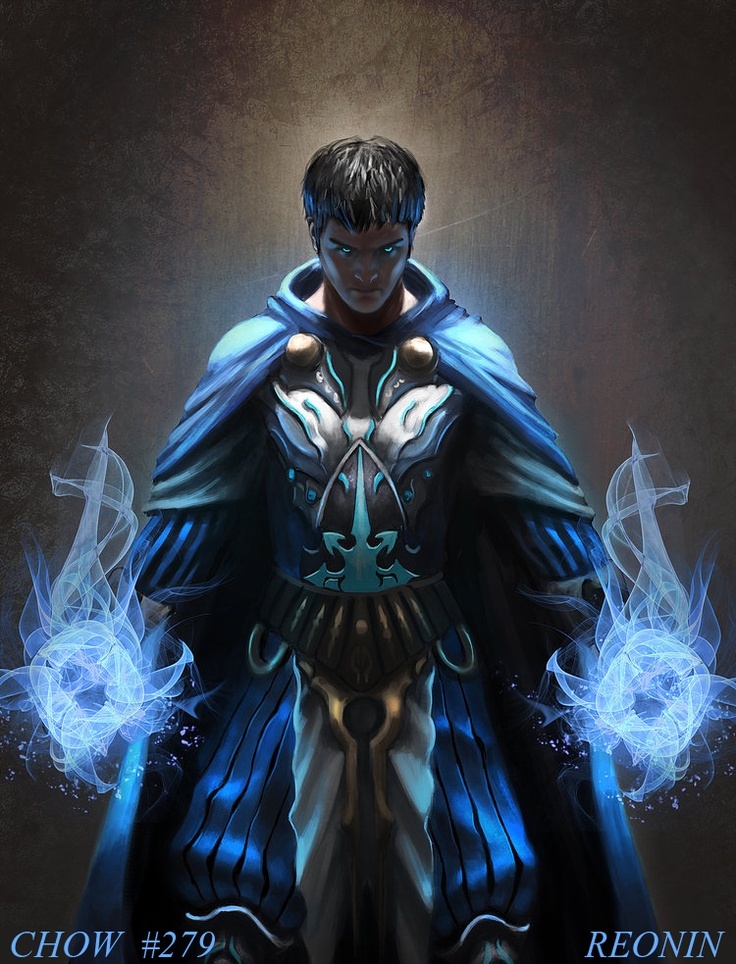