Originally born in Old Kenabres, Kaeilyn’s childhood and early years were a mostly idyllic experience. While life was hard in general in Kenabres, being an child of an established family made her early years relatively painless, albeit somewhat suffocating. No matter where she went as a child, the ever watchful eye of an aunt, uncle, or elder cousin was always looming overhead.

Kaeilyn’s birth was a tumultuous occasion. The faint smell of brimstone and her mismatched eyes hinted that not all was right with her blood. Her family looked on with a mixture of revulsion and sadness – the demonic attack that had injured her ( nth great grand ) father had spread its roots so far.

Her childhood and teenage years were relatively boring. Kaeilyn had few friends to speak of, save for her elder sister Aliera. Days passed endlessly, melting together in a sea of repetition, save for the occasional failed excursion to various libraries. Any attempt at leaving the watchful eye of her relatives resulted in swift, merciless punishment. Aliera would do what she could to help Kaeilyn, gathering various tomes and books to keep her mind occupied.

Kaeilyn and Aliera were almost as different as night and day. While Kaeilyn was frail and more interested in a book than another human being, Aliera loved to chatter and . They would spend long nights talking about their hopes and aspirations. There was something about Aliera’s expression that always calmed Kaeilyn – maybe her radiant smile or her pure, hope-filled eyes. Most of all, Aliera lacked the small twinge of scorn on her face that her other relatives tried to hide.

For as long as she could remember, Kaeilyn held a deep fascination with the endless amounts of crusaders traveling through the city. She envied their freedom and courage, even more so after Aliera joined the ranks of the Iomedian paladins to fight the demonic scourge. They communicated by mail often, but she rarely got to see her beloved sister.

As a young adult, Kaeilyn found herself troubled by strange dreams. Visions of bloody, gaping maws, razor-sharp claws, and unearthly screams became nightly visitors. Her sleep and overall condition became troubling enough for her to seek guidance from higher powers. She found solace within Desna’s embrace, the nightmares eventually becoming no more than a sour memory.

One fateful night after her 22nd birthday, Kaeilyn ventured outside of Kenabres to meet up with Aliera, who had sent her a letter, promising grand adventures. Outside the walls, the darkness seemed to swallow her up. She awoke as abruptly as she had fallen asleep, chained face down to a stone table. Hooded figures surrounded her, an eerie glow keeping their faces hidden in the early hours of twilight. The figures were silent, save one behind her, chanting in some unknown tongue. She felt the cold steel of a dagger press against her back and screamed. The tool carved every last detail of Sifkesh’s unholy symbol into her, the chanting growing ever louder as the blood dripped down her back. A red glow filled the air, and suddenly – silence.

Kaielyn awoke to the dull, throbbing pain of her body. Sunlight streamed in through the cracks in the temple. Her body felt odd – heavy and foreign. Her hand brushed up against her forehead to find protrusions that extended and curled back as horns. She was speechless as she began to examine the rest of her body. Her skin had turned a dark black and was cool to the touch. She stood up, nearly falling over due to her newfound physique, but managed to balance herself with her new tail. She expected to feel the cool stone tile underneath her toes, but they had been replaced by hooves. A quiet laugh escaped her lips, quickly turning into full on hysterics as Kaielyn convinced herself that this was another nightmare. The laughter slowly faded and turned to sobbing as she saw the slaughtered remains of the cultists strewn about, their blood painting the ground a dull crimson. The pain of the wound on her back had shattered any delusions she may have had.

Leaving the temple, she saw the silhouette of a woman dissapear into the nearby forest. Broken and exhausted, she trudged her way back to the walls of Kenabres. Her family reacted in a manner that should have been all too obvious from the start. They feigned knowing her when she appeared on the doorstep to her home, demanding that she leave before the witch hunters were called. She abandoned her family name soon afterwards.

Currently, Kaeilyn has been recently employed by the owners of the Truestone Quarry as a caravan guard. The abandonment by her family and the torture by the cultists have caused her once shy personality to fester into a deep distrust of most others. She is quick to anger and slow to forgive, personality traits that have been reinforced by her abrupt change in lifestyles. Her recent excursions to the town of Zharech for gladiatorial combat as a means of relieving stress have only exacerbated the situation once she found that she could utilize her rage when fighting. Kaeilyn’s physique now reflects her occupations as the muscle of many groups. Deep down, she still wants to be a crusader, fighting for good like her sister, but the harsh realities of Kenabres working class have all but destroyed those ideals. 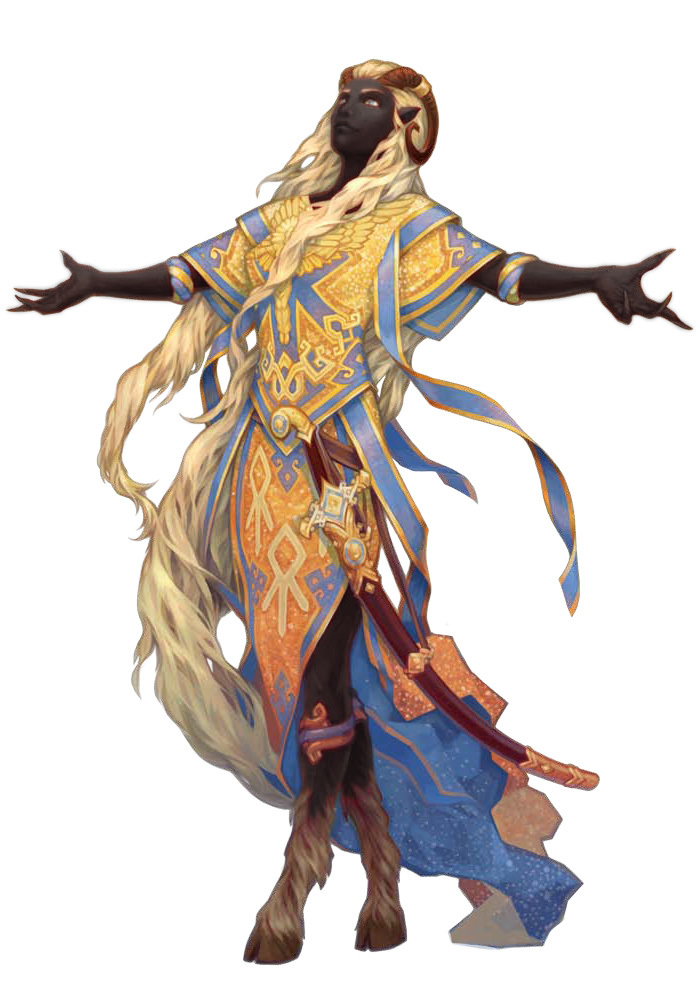